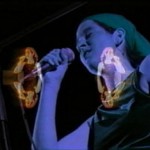 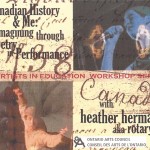 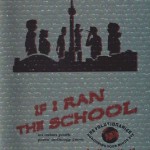 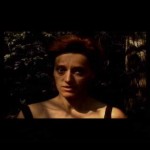 between within, video still Gergely Bényi

My solo and community projects roughly falling into the category of “spoken word” are many.

To hear the legendary late actor Susannah York reading the first poem in this video, see the audio sample of STIGMA.

Rotary Poet is my spoken word stage name, one that was especially active in the first decade of this century. My performances have included the CBC Radio National Poetry Face-Off (Toronto 2004) and the Canadian Spoken Wordlympics (Ottawa 2004) and the launch of the groundbreaking (but no longer on air) Canadian national spoken word radio show WordBeat, hosted by Lillian Allen. My poetry in the genre of spoken word and storytelling has appeared in the CD/Book collection Short Fuse: A Global Anthology of New Fusion Poetry (New York: Rattapallax, 2002), among numerous other publications. I was the editor of its first online spin-off issue, FuseBox, curating globally from where I was then located, in Budapest, Hungary, where I was creator/curator of the LiveBudaPPPest! Poetry and Performance Picnic, collaborator on several video poetry and performance projects, and an art and politics journalist covering the region.

I was co-facilitator (2005-2008) with spoken word artist SPIN of the Toronto youth spoken word collective R.H.Y.M.E, with whom we published If I Ran the School: an urban youth poets’ anthology (2008) as an outcome of a project teaching spoken word in high schools and community centres across the GTA. We were in the first cohort of projects funded by ArtReach Toronto, and were also supported by the Laidlaw Foundation.

Canadian History and Me (2007) was a project I delivered in Toronto middle schools as an Ontario Arts Council Artist in Education. Using the two different stories from the 1730s of Esther Brandeau / Jacques La Fargue, the first Jewish woman to come to New France (Canada) who was subsequently deported, and that of Marie-Joseph Angélique, an enslaved woman who was accused of setting a fire that burned down Old Montreal and was executed, I drew on a wide ranging history of performed poetries to lead students in solo and collaborative poetry performance creation ending with performance for the whole school. My Canadian History and Me work was screened in honour of my friend Lorena Gale (1958-2009), author of the play Angélique, at a tribute event in her honour at Vancouver’s Firehall Arts Centre in 2009.

Videopoetry projects have included paper ships (2003) and between within (2001).