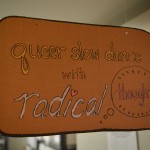 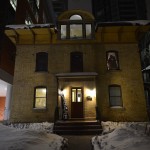 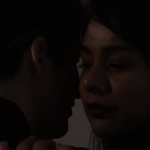 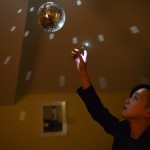 THIS VIDEO documents The CLGA Edition and The Water Edition of queer slow dance with radical thought.

How do those vital thinkers who are no longer with us live through? How do we even find the ones whose names we do not know and whose radical thoughts are not isolated to document or singly authored, but who live in our instincts? Here they are between mouth whispering and ear listening. The erotic is a force field of remembering. The aim of queer slow dance with radical thought is to build a transnational, digital-to-live queer archive by telematically and performatively transmitting as embodied, memorized text through slow dances, across global  LGBTTIQQ2SA communities. Our intention is to build a networked body of archivist-librarian-performers working locally, site-specifically and telematically across great distances, and working in diverse languages.

Special thanks to HyunJu Ju, Laura Pardo, Serena Lee and Annette Krauss of The Read-In Collective, The Netherlands, and to Mari Matre Larsen and Kristien Van den Brande who perform with Mette Evardsen, whose project  “Time has fallen asleep in the afternoon sunshine…” helped seed this idea.